This page is especially for my Leaving Cert students who will be doing their exam in the Year ending June 2013. You will find; Much use of linear patterns in clothing, the figures are not proportionally correct. The pieces have a good sense of design about their composition, see “The dream of the Magi” where the figures are used flat and covered by a blanket which is highly patterned by line, the angel appears from behind the blanket with a raised finger to warn the Magi about the plans of Herod. The wing is used to balance the design. Section from the Bayeux Tapestry. 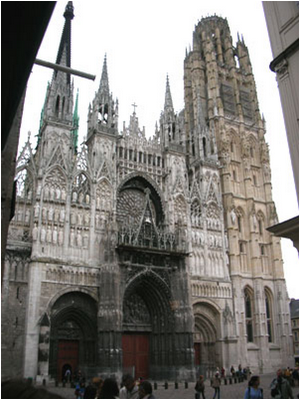 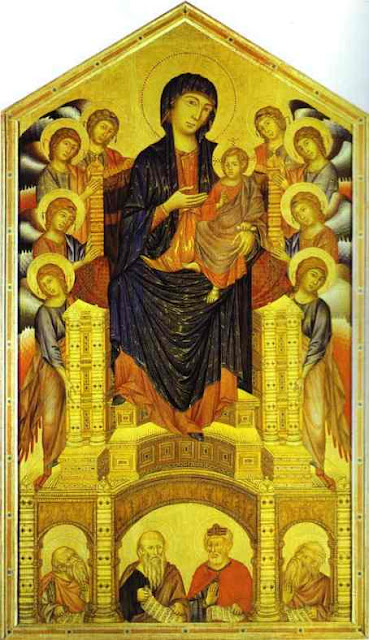 Giotto captures the moment that Christ was taken down from the cross, he displays the emotion felt by his followers and tries to get us to empathise with them. He broke away from the traditional methods of displaying figures and scenes, his greatest achievement was displaying the emotions of the characters in his work. He is also known as the “grandfather of the renaissance”
Painters and the church returned to the International Gothic as a result of the Black Plague-they thought that the more formal paintings of the Gothic period would be more pleasing to God after he showed his wrath by sending the Plague.
It was almost one hundred years before Masaccio, influenced by the work of Giotto, changed the direction of painting and lead the way for the Renaissance.


Masaccio (1401-1428)-Early Renaissance
Masaccio revived the style that Giotto had first developed 100 years earlier. He created 3-dimensional figures, placed them in a landscape and used perspective to create the illusion of Space. His figures are realistic, solid and have natural looking expressions and gestures. His work inspired many other painters of the Early Renaissance.
"The Tribute Money."
Composition
Theme/Subject Matter
Treatment of the figures.
Shading.

Early Renaissance-Sandro Botticelli
I have posted my notes for Sandro Botticelli as promised, there is no need to worry as I will not include him as a question on you Winter Exam paper.
Remember to read through the last two post on the blog here, they will have you questions and scroll further back and you will find the answer. Good luck in you exam.

Botticelli broke away from the tradition of Religious paintings when he chose to paint “The Birth of Venus”, which was probably painted for a member of the Wealthy Medici Family. Most of his work was commissioned by powerful patrons and he did also paint Religious scenes. The Medici family were eventually thrown out of Florence and Botticelli did fall out of fashion in his own lifetime, he died in poverty. He work was rediscovered in the 19th C.